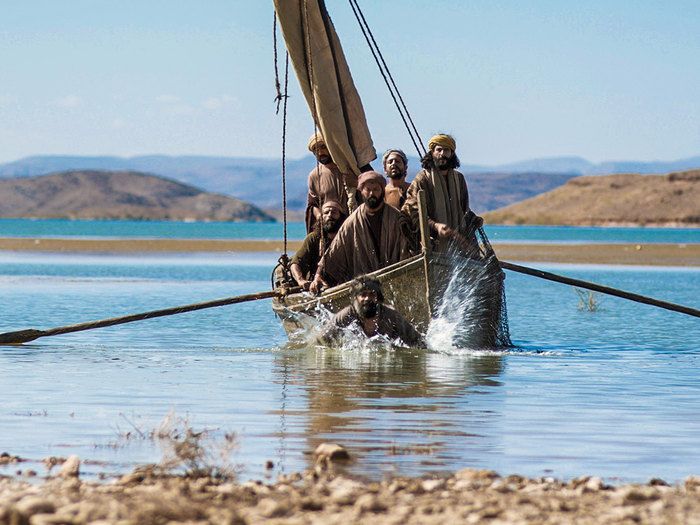 The Sea of Galilee, was central to Jesus’ life, ministry, miracles, and death.

It was known as the Sea of Chinneroth in the Old Testament; in the New Testament it was referred to as the Sea of Tiberias as well as the Lake of Gennesaret; all three were names given to the body of water called the Sea of Galilee.

Most seas are used for fishing and trade, as is the Sea of Galilee; this particular sea is also known for violent storms with strong winds appearing quite suddenly. It is also known as the place in and around the sea where Jesus lived, ate, healed, and taught, during his life and ministry. 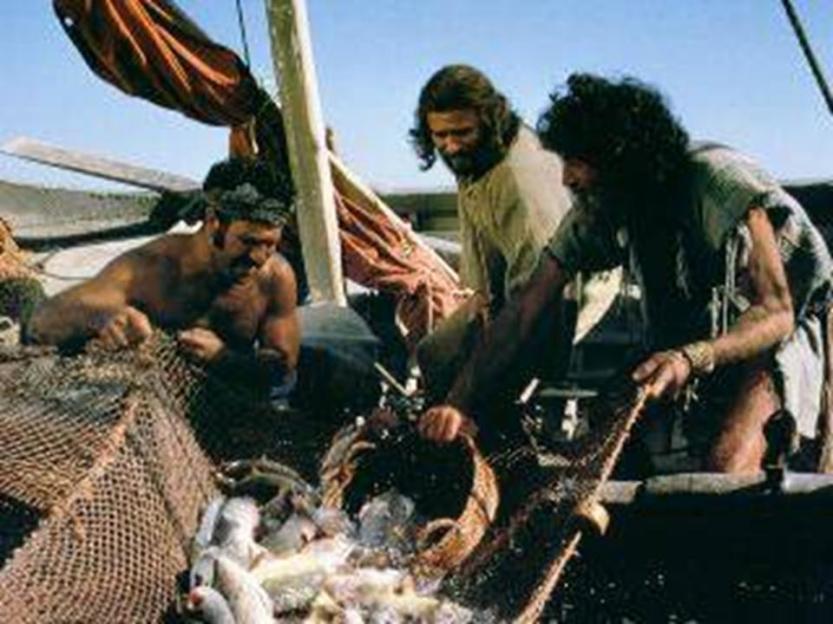 Fishermen then as they do now have a most difficult job; they endured hot summers, cold winters, severe storms, capsizing waves, daytime, nighttime, round the clock work. Fishermen were then and even now are people who are rough and ready at a minute.

Summing up: Be agreeable, be sympathetic, be loving, be compassionate, be humble. That goes for all of you, no exceptions. No retaliation. No sharp-tongued sarcasm. Instead, bless—that’s your job, to bless. You’ll be a blessing and also get a blessing.

Whoever wants to embrace life
and see the day fill up with good,
Here’s what you do:
Say nothing evil or hurtful;
Snub evil and cultivate good;
run after peace for all you’re worth.
God looks on all this with approval,
listening and responding well to what He’s asked;
But He turns his back
on those who do evil things. 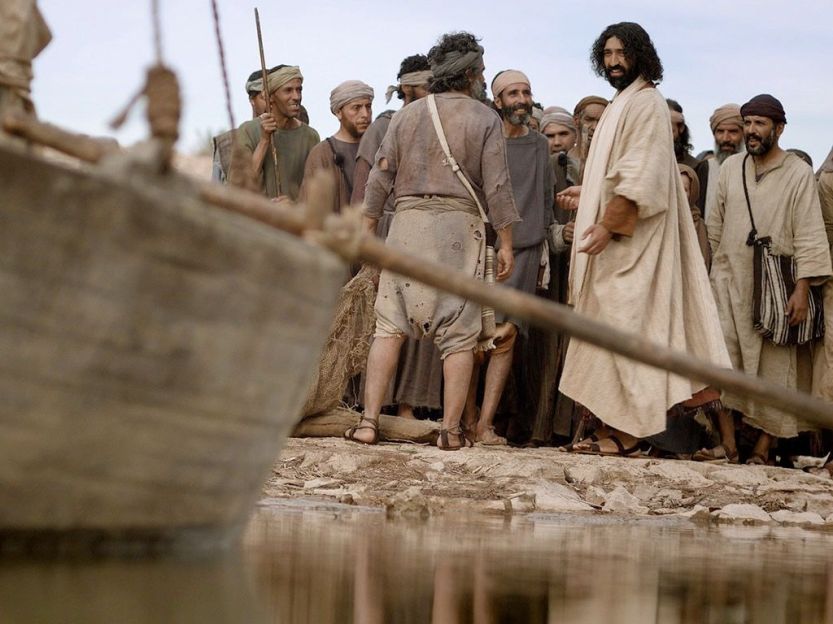 Why did Jesus look to these rough and ready men to aid him in His ministry? Working for the Lord is tough work. There are few perks, no salary, no commission, no job security, no benefits, no retirement package. The job description varies from day-to-day; gratitude is almost non-existent, the danger ever-present. Dedicating your life to the Lord takes strength, patience, persistence, endurance, love, and compassion. I think these fishermen had many of the skills this life demanded; but they needed Jesus who taught them about a love greater than they’d ever known and about compassion for those who were outcasts from society.

Everything in the world is about to be wrapped up, so take nothing for granted. Stay wide-awake in prayer. Most of all, love each other as if your life depended on it. Love makes up for practically anything. Be quick to give a meal to the hungry, a bed to the homeless—cheerfully. Be generous with the different things God gave you, passing them around so all get in on it: if words, let it be God’s words; if help, let it be God’s hearty help. That way, God’s bright presence will be evident in everything through Jesus, and He’ll get all the credit as the One mighty in everything—encores to the end of time. Oh, yes!

You should be an example for them in every way by the good things you do. When you teach, be honest and serious. And your teaching should be clearly right so that you cannot be criticized. Then anyone who is against you will be ashamed. There will not be anything bad they can say about us. 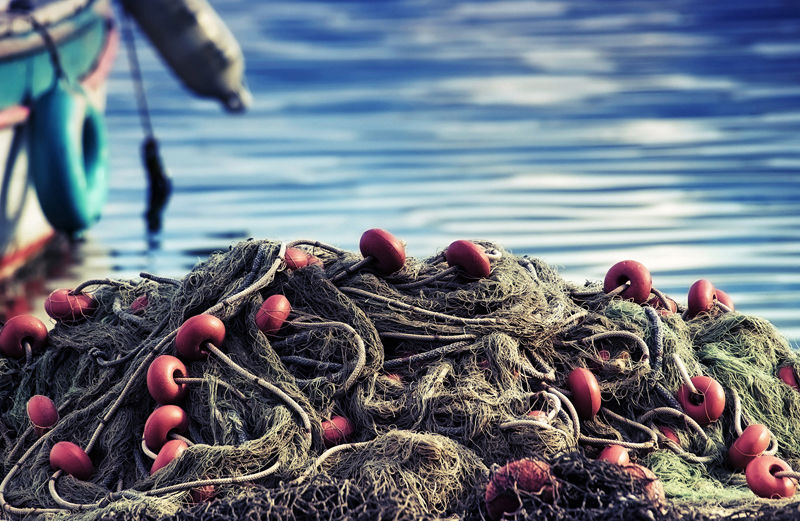 But still we labor, working with our hands to meet our needs because, despite all of this, when a fist is raised against us, we respond with a blessing; when we face violence and persecution, we stay on mission.

After about three years of following Jesus this group of men watched in horror as the events of that awful week transpired. Their teacher was captured like a common criminal, beaten, whipped, tortured, spat on, and his own people called for His crucifixion. He was nailed to a cross with a crown of thorns upon His head. Jesus hung there between two thieves, saving one of the thieves before His last breath.

One of the criminals hanging there began to shout insults at Jesus: “Aren’t you the Messiah? Then save yourself, and save us too!”

But the other criminal stopped him. He said, “You should fear God. All of us will die soon. You and I are guilty. We deserve to die because we did wrong. But this man has done nothing wrong.” Then he said, “Jesus, remember me when you begin ruling as king!”

Then Jesus said to him, “I promise you, today you will be with me in paradise.”

It was finished; Jesus died and was resurrected; now what were they to do? They knew nothing but what they’d been taught, and what they did before; so, they went fishing.

After this, Jesus appeared again to the disciples, this time at the Tiberias Sea (the Sea of Galilee). This is how he did it: Simon Peter, Thomas (nicknamed “Twin”), Nathanael from Cana in Galilee, the brothers Zebedee, and two other disciples were together. Simon Peter announced, “I’m going fishing.”

The rest of them replied, “We’re going with you.” They went out and got in the boat. They caught nothing that night. When the sun came up, Jesus was standing on the beach, but they didn’t recognize him.

Jesus spoke to them: “Good morning! Did you catch anything for breakfast?”

He said, “Throw the net off the right side of the boat and see what happens.”

They did what he said. All of a sudden there were so many fish in it, they weren’t strong enough to pull it in.

Then the disciple Jesus loved said to Peter, “It’s the Master!”

When Simon Peter realized that it was the Master, he threw on some clothes, for he was stripped for work, and dove into the sea. The other disciples came in by boat for they weren’t far from land, a hundred yards or so, pulling along the net full of fish. When they got out of the boat, they saw a fire laid, with fish and bread cooking on it.

Jesus said, “Bring some of the fish you’ve just caught.” Simon Peter joined them and pulled the net to shore—153 big fish! And even with all those fish, the net didn’t rip.

Jesus said, “Breakfast is ready.” Not one of the disciples dared ask, “Who are you?” They knew it was the Master.

Jesus then took the bread and gave it to them. He did the same with the fish. This was now the third time Jesus had shown himself alive to the disciples since being raised from the dead.

The symbol of the fish, ichthus, was used by the early Christians to protect themselves from the Romans and from others who would persecute them and try to kill them. It is said when people met on the road one would stoop down and draw an arc in the sand. If the other stranger drew the matching arc that formed the fish symbol, they knew this was a fellow believer and friend.